Many teams tipped off their season last night across West Michigan. Most of the highly ranked teams were able to come away with victories including my pre-season #1 FH Northern with an 80-49 win over Lowell. One of the more surprising scores was Grandville defeating East Kentwood. I know EK is down this season, but Grandville only had two wins last season. Despite the two wins Grandville seemed like too talented of a team to continually fall short. The Bulldogs feature several solid players including Tommy Gregwer, Corey Grant, and Myron Brewer. We’ll see if they can build off their big win last night. I was also surprised how easily Rockford handled a strong Gull Lake team defeating them 67-50. Rockford is my pick to take the OK Red led by Navy commit Sam Krist.

Etter will be one of the top scorers in the entire state this season and he started out the year with a big performance. After graduating Kaeler Stafne, Etter will be the complete focus of the offense as they look to take a Southwest 10 conference title.

Velthouse is one of the last members of the UC state title team from 2019. This Unity team will only go as far as Zac Velthouse can lead them this season.

The Bulldogs overcame a 10 point deficit at halftime to beat East Kentwood. As I stated earlier this Grandville team only won two games last season. Grandville is definitely a sleeper team to watch in this wide-open OK Red conference.

With the small number of games in the Kalamazoo area tonight I traveled to BC Lakeview to see the Spartans take on Portage Northern. Both of these teams graduated talented players such as Tommy Moore III (Lakeview) and Jeff Wilson (PN). The game got off to a slow start with both teams struggling to shoot the ball. Portage Northern had a 16-8 lead until a 12-2 run helped Lakeview take a 24-21 lead into the locker room. The second half was back and forth all the way until a 40-38 PN lead turned into a 47-40 Lakeview lead following a 9-0 run. Lakeview junior Jerry Olds played fantastic down the stretch for the Spartans scoring 9 of his 14 points in the 4th quarter. Myles Johnson led Portage Northern with 19 points in his first high school game back after a horrific leg injury in the second game of the season last year. Lakeview was led by 16 points from Hayden Mueller along with 14 points from Jerry Olds. Lakeview is a very young team with only one senior on the roster and he didn’t even play. If the talent develops Lakeview could be a solid team next year. 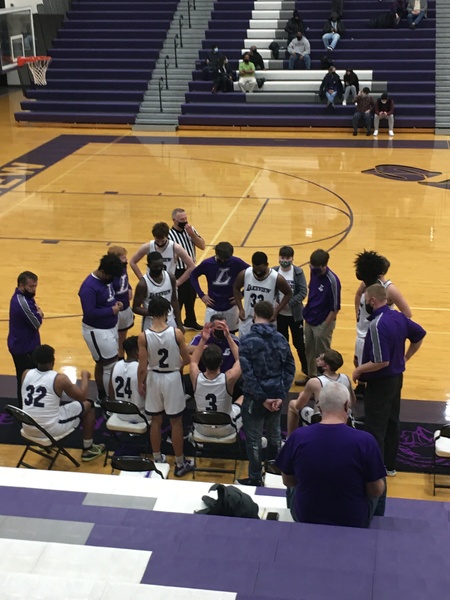